Code-it Cody is the second book in the Clever Tykes series which follows the story of computer whizz Cody.

What the blurb says

When the Computer Club competition is announced, Cody and his friends must put their coding skills into action. Cody begins a quest to research current computer games before creating the prototype of his very own.

After months of hard work, the moment of truth arrives. Cody and the other Computer Club members have to pitch their prototypes in front of a panel of teachers! Cody’s friend Hana has produced a game that everyone will really like. Can Cody do better? 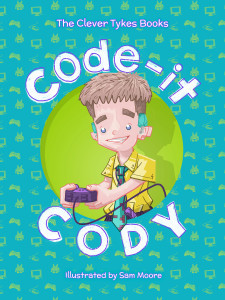 Just like Willow, Cody has an interest that develops into expertise that is valuable – not least to technophobic Miss Green! Mr Chip shows him just what can be done when you develop your skills even further; you can develop something that everyone wants. This is just like choosing to spend your time on any form of extra education or vocational course.

In his quest to win the Computer Club competition with a new game app, Cody does some market research to find out exactly which games are already out there and which games his school mates enjoy playing. The winner won’t just be the member with the best prototype, but the one that will be in the most demand!

Cody has always struggled with some of the creative subjects but now he realises just how important they are. How is he going to make a game that looks and sounds great if he can’t even draw an apple or play the triangle? Cody sets to it and shows all of his teachers just how creative he can be. It is also emphasised how much work needs to go in to creating something really special. Attention to detail is paramount when attempting to code a brand new game, especially when one letter out of place can spell disaster!

And finally, there’s the pitch! The moment we’ve all been waiting for – it’s competition time. Cody finds out, first hand, what it’s like to pitch in front of the teachers and present his game – Hunter Lion. Who will win Mr Chip’s expert help for the rest of the school year to bring their invention to life? These events all provide valuable life lessons for children and create a number of discussion topics.

This was the first book I read in the Clever Tykes series, which I read to my son who is just four. He enjoyed hearing about Cody and asked a lot of questions about code and making video games! He is excited about when he might start learning code at school (he hasn’t started yet!) and it reinforced the idea that people can make money doing what they love (we talk about this a lot as I love my freelance work).

If you want to foster your child’s entrepreneurial spirit, then I highly recommend these books!

Coding is one of the most valuable skills in today’s fast-paced, technology-driven society but one that is only just being recognised as such on a broad scale. We are hoping that children will realise just how important and exciting coding is! Some schools have been fantastically proactive in adopting coding lessons or after school coding clubs which will provide a real kick-start to their technical ability.

If your primary school doesn’t provide any coding classes or your children aren’t interested at the moment, perhaps giving them a storybook about coding holds the key.

…and here’s the proof!

@coleywhirl BTW, my kids read Code-it in record time and wanted me to teach them coding afterwards…

Code-it Cody and the arts

Clever Tykes is passionate about promoting the arts as a fundamental element of children’s learning. Often pushed down the pecking order in favour of “more academic” subjects, art, music, dance and drama are often neglected during formal education. However, creativity is paramount to innovation and these subjects hold great value in society. The STEM subjects, including coding, are often seen as completely separate to the arts so we hope that Code-it Cody demonstrates how closely linked the two can be and how important the arts are in an ever digitally-driven society and economy. 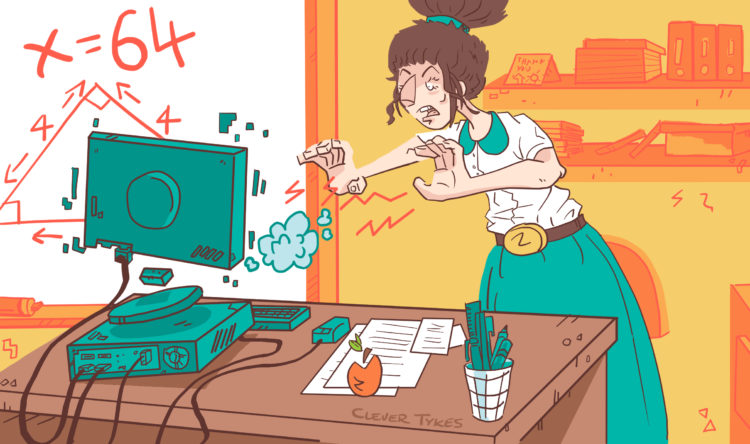 Cody overcomes many difficulties and makes great friends along the way. We’re hoping to inspire the next generation of creatives, programmers and inventors to create amazing things.