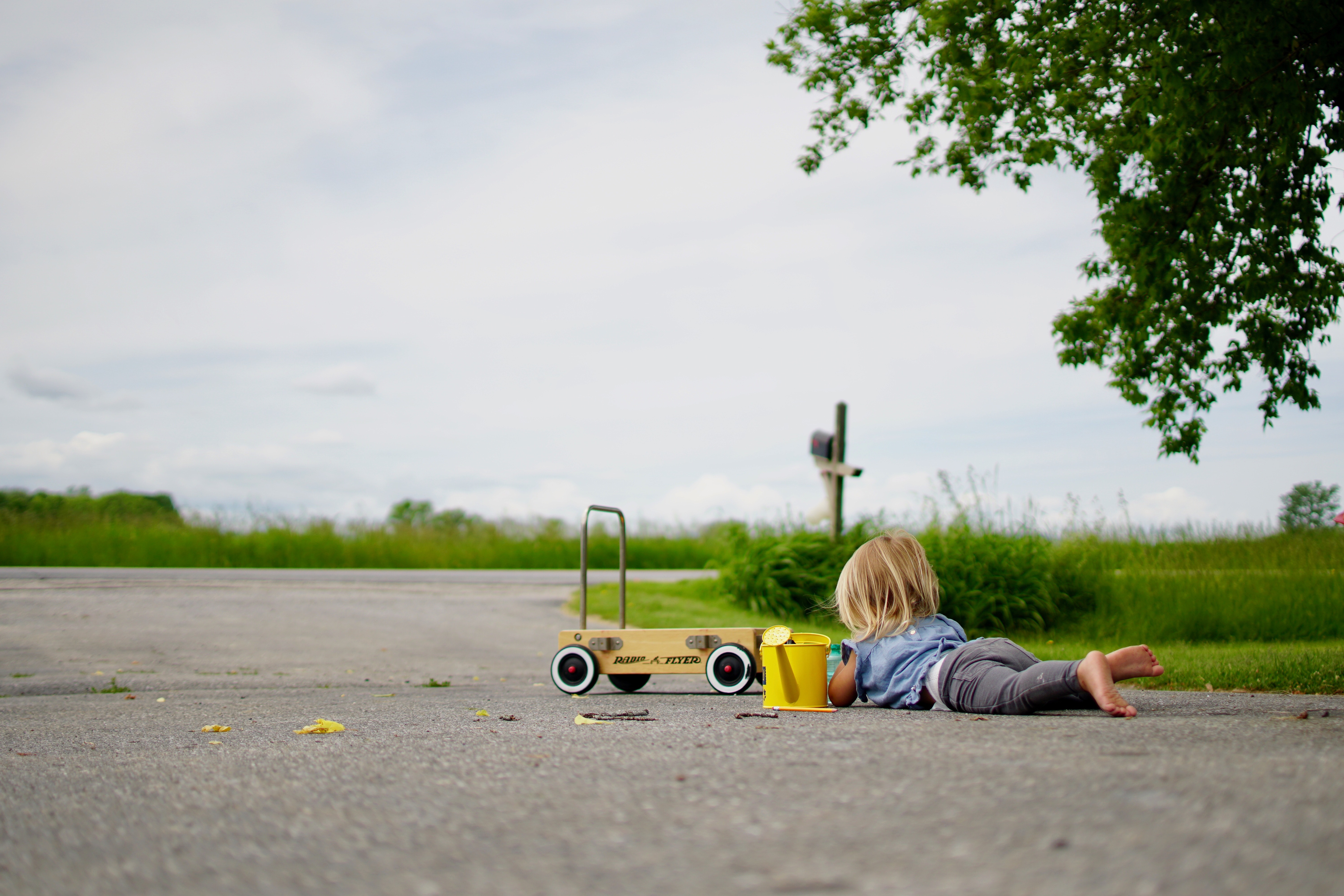 Posted at 10:48h in Uncategorized by Clever Tykes

Creativity involves the use of imagination and ideas to come up with something of value; a physical invention, piece of art or a solution to a problem. Throughout our education, life and working careers, creativity may play a significant role in development and success. Creativity can be nurtured and it is often a way of thinking rather than an innate talent. Most of the people we might describe as creative are probably individuals who have worked incredibly hard at their craft and practiced specific skills.

12 ways to encourage creativity in children

The famous Picasso quote goes, “Every child is an artist. The problem is how to remain an artist once they grow up”. There are some that hold the view that schools somewhat dampen creativity in the pursuit of academic success. The famous Ken Robinson TED talk Do schools kill creativity, one of the most viewed TED talks of all time, supports this notion.

According to this PBS article:

“Creativity is the freest form of self-expression. There is nothing more satisfying and fulfilling for children than to be able to express themselves openly and without judgment.”

Creativity is sometimes seen as an innate ability – we’re either born creative or we’re not. But this just isn’t true. Sure, some people are perhaps born with traits that lend themselves well to developing certain skills, and individuals have different capacities for processing information and learning, but this shouldn’t act to deter the development of creativity.

Let’s look at the top ways to develop a creative mindset in children:

Children are full of ideas. Ideas are a manifestation of creativity. To dismiss or even ridicule an idea is to discredit the creativity involved in coming up with it. Of course, children will no doubt come up with bad ideas, but often parts of their thought process or rationale have merit. Try and tease out the good bits and help them understand what more they need to consider about the implementation of such an idea.

Children who are afraid of making mistakes typically think less creatively. This means you need to create an environment in which kids are creative, can make a mess and feel like it’s okay to make mistakes.

2. Avoid labelling kids as either creative or uncreative

Children can take labels and names very seriously, whether consciously or not. Labelling anyone as “uncreative” or “better at maths and science”, for example, might well discourage them to try their best in creative subjects in school, or more creative hobbies. Instead, explore lots of different subjects and activities with equal encouragement and without judgment.

The people who we most associate with being the most creative tend to be artists. They’re painters, sculptors, musicians and, sometimes, sportspeople. But these individuals have worked at their craft to become the masters we know today. They weren’t born with these skills, they had to practice; many of them for hours and hours a day, every day, for decades. There’s no escaping practice in the pursuit of skill development and these skills include those that we associate with creativity.

Psst! Check out the Clever Tykes storybooks on Amazon

4. Allow them freedom and independence

When children are left to their own devices, all they have is their imagination and their resources at hand. Letting children explore their own interests and ideas is a great way to promote their creativity because there are no bounds to what they might get up to.

According to Bringing Up Great Kids, “From the age of two, children strive for more independence. From this age, you should encourage your child to make simple choices about their lives.”  Of course, the level of independence you can expect from children must be suitable for their age, ability and the given activity (you probably shouldn’t expect your 3-year-old to start catching the bus!).

Avoid over-managing kids and let them know it’s okay to draw outside the lines! Encouraging them to come up with their own games and plans for the day is just one of the ways you can nurture their creative side.

5. Help them pursue their passions

As parents, it’s common to persuade children to pursue sports or hobbies that we enjoy or want them to be good at. Whilst it’s a good idea to expose kids to a range of activities, allowing them some freedom to choose their area of focus can foster their creative mind. As humans, we’re a lot better at developing our skills and expertise when we’re fully engaged in something.

Pay attention to the things your child seems to be passionate about, then put these activities at their fingertips. As children can be fickle about their hobbies, don’t be disheartened if they change their mind. Simply encourage them to pursue their next passion and they may well circle back round to something they’ve tried before.

6. Bring them along with you

Whilst some of your hobbies may require your kids to be a little older for them to participate, involving your kids in something you do, that they find interesting, is a great place to start.

We know from experience that children seek to emulate role models and parents are usually kids’ first and best role models. Children often show a natural curiosity in whatever you’re doing and don’t forget they look up to you and probably want to grow up to be just like you! Now is your time to lead by example and show your captivated audience what you’re doing and how you’re thinking about it.

Besides increasing bonding time with your kids, involving them in a hobby you’re also interested in will magnify their interest and enjoyment. From painting their bedroom or shopping to going fishing or camping; there’s always something we can get creative about.

No, we’re not talking about snacks and fizzy drinks! We’re talking about consuming different kinds of media, including TV. When idly watching a TV show, we’re generally absorbing information without the need to really process it or think proactively. Spending hours each day doing this certainly gets in the way of creative thinking or actually doing something creative.

Instead, encourage children to read for pleasure or get involved in something artistic like drawing, painting or coming up with a story. You might choose to limit TV and other screen time so there’s a good balance between consumption and creation.

There are some activities that have been shown to increase the creative capacity of kids. A study by the University of Surrey found that children who had improved their dance moves rather than followed a routine came up with more original ideas on unrelated creativity tests.

A separate experiment by Lancaster University found that children ages 4-6 were more creative in the days after watching a 15-minute clip of Harry Potter and the Philosopher’s Stone. Several studies back up the notion that the belief in magic and fantasy leads to greater creativity.

Sometimes, going back to basics is the best course of action. Creativity doesn’t need anything fancy or special resources. On the contrary, the less you have to work with, the more creative you have to be. Paper, tubes, Sellotape, water, magnets and other stationery creates a world of opportunity.

Simple components designed for building such as Duplo, Lego or Meccano offer the next level up in terms of design and build activities. You don’t need to stick to the instructions, either. See what else they can come up with.

Despite the above point, tech can play a role in supporting your child’s creative streak. This study actually found that both offline and online play fosters creativity in kids. Whilst observing kids using tablets they saw that apps that allow children to draw, paint, write and make music were effective to this end.

Okay, so you want to motivate kids to be creative so it makes sense to reward them when they’ve done that, right? Well, the key to long term creative success is to be intrinsically motivated. In fact, incentivising creativity might affect the freeness of their thoughts and mean they see it as more of a box-ticking exercise than the fluid and organic process it should be.

Instead, ask your children about their work; how they came up with their idea, if they enjoyed making it and what they’re going to do next. Placing more emphasis on the creative and thought process rather than the actual results will deepen their passion and understanding rather than just reward them for making something.

It’s hard to know where the initial spark of interest will come from. Some children may not seem to have any particular interests apart from their toys or technology but the longer this goes on, the less likely you are to be able to prise them away from them!

Sometimes seeing talented and creative people in action can inspire their interest and pursuit in a particular activity. The theatre is a perfect place to start with an array of talents on show. Live sport is another.

Creativity in children is hugely important because it plays a role in so many of life’s endeavours. Being creative means they can solve problems and gives them confidence in coming up with things on the spot. It encourages them to try new things out, take pride in their achievements and think outside the box. The growth of children’s minds is incredibly important and creativity is an essential part of this.

Know any children aged 6-9? If so, the Clever Tykes books could be perfect to instil some creativity and resourcefulness. Check out our store on Amazon UK or Amazon US.

If you liked this article, check out 10 ways to encourage resourcefulness in kids.