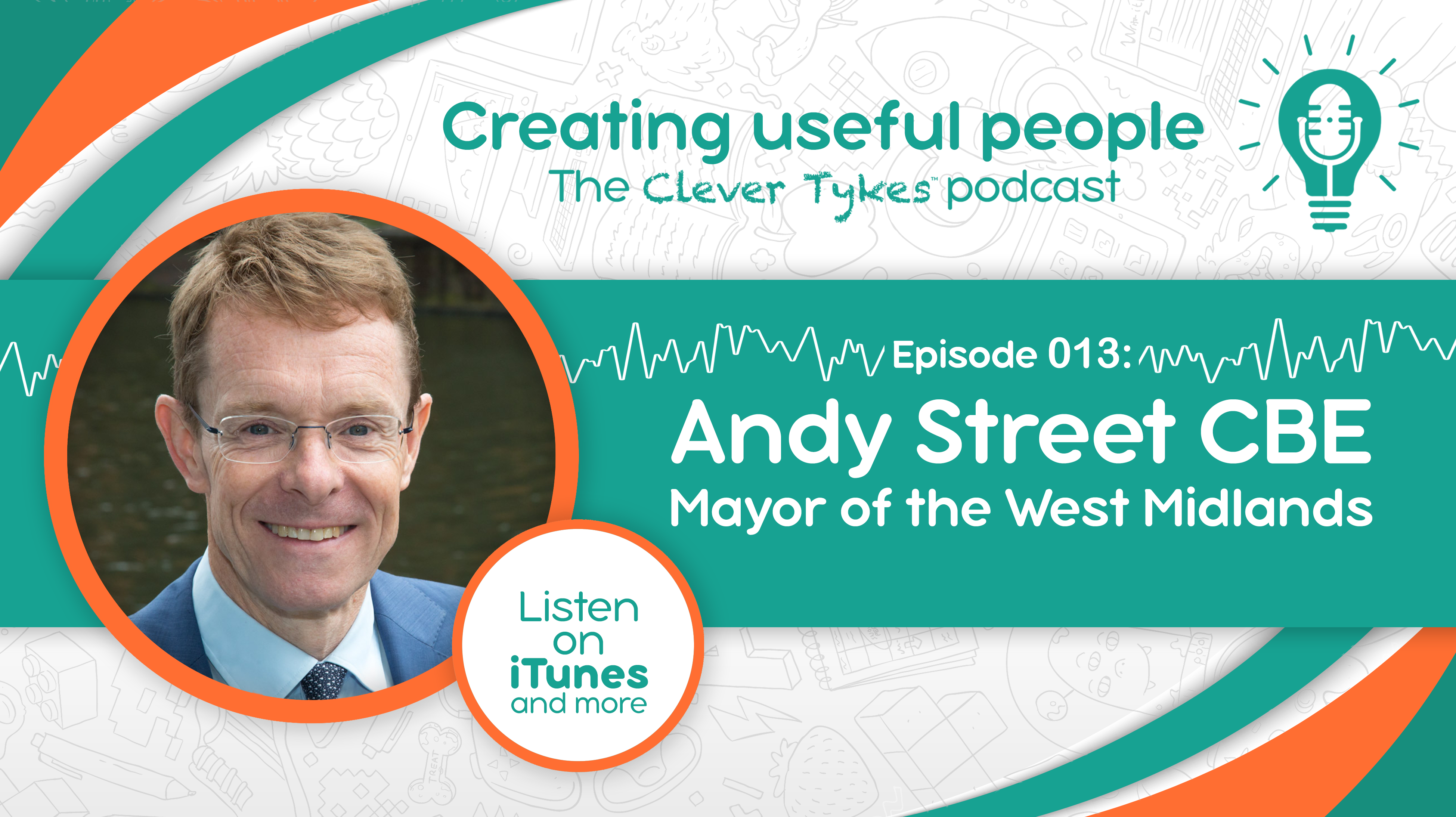 Posted at 11:13h in Uncategorized by Clever Tykes

Mayor of the West Midlands, Andy Street, shares key moments from his childhood and career in our latest podcast episode  The former managing director of retail giant John Lewis was interviewed by Clever Tykes co-founder Jodie Cook as part of the Creating Useful People podcast series, which explores how successful business leaders were raised.

Street tells listeners about his humble beginnings in Birmingham as well as his fascinating rise to the top of John Lewis having begun as a trainee on the shop floor, as well as being turned down by rivals Marks & Spencer! Jodie digs into what makes the mayor so successful as a leader and why he chose to turn his hand to politics.

The podcast has delved into the upbringing of other interesting individuals including comedian Phill Jupitus, Elmhurst Ballet School principal Jessica Wheeler and Greater Birmingham Chamber of Commerce CEO Paul Faulkner. The episodes are available on this website and on iTunes, Stitcher and Spotify.