Posted at 14:10h in Blog, Uncategorized by Ben Cook

We all want the best for our children and the next generation. As parents and educators, the education and upbringing we provide children aims to make them well-rounded young people with a broad skill set. But what does this really mean and why do we do it? In the end, it’s all about empowering children to be successful in life, however they define that success and whichever way it makes them most happy. Let’s take a looks at what the science says about how people becomes successful and how we can pass that onto our children.

So why do I use the phrase ‘life chances’? It’s because words like ‘success’ evoke images of rich people in flash cars. For some, that does represent success but everyone has their own aspirations. Furthermore, we cannot guarantee success, but we can improve the chance of success – whatever that looks like.

For people to be successful they must develop the attitude and skills to change and even create their desired circumstances.

But here’s the truth of the matter:

Very few people have these skills and this attitude.

But this is great news for people who can develop these skills and become masters of their own destiny.

The first and overriding key to increasing life chances is simply being positive. It sounds really wishy-washy but it’s not. In fact, in multiple controlled studies, successful people (particularly entrepreneurs!) have a tendency to be very positive. Now, it’s not just because they’re successful that they have a positive outlook – positive people are more likely to succeed in any given task.

But why is it so important?

A positive attitude has a lot of power. The ability to see solutions, look on the bright side, inspire others and get through challenging times is paramount to success and believing you can influence your environment. Create a ‘can do’ atmosphere around children. Always choose ‘yes’ over ‘no’. Even if you’re head is screaming ‘no’, say ‘yes, but how will that work’ or ‘okay, what issues might there be’. 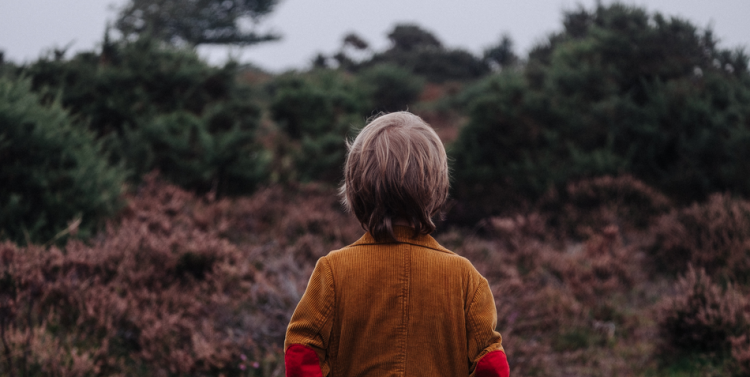 This is a really important one to understand. We’re really bad a labelling people as ‘stressed’ and we’re intent on demonising stress itself. The need to measure the effectiveness of schools in this country means children are constantly being examined and we deem this to have a ‘stressful’ impact on children. And it does. But just being tested to see how good you are at something should not be stressful – not in a bad way anyway.

Don’t just associate stress with worry; associate it with action.

In reality, stress a really important and successful people not only deal with it but harness its power. You probably know that stress stimulates the hormone cortisol, well, this hormone makes us superhuman. It’s our built-in fight-or-flight response and it should create positive activity.

I don’t think anyone underestimates the power or role models for children but knowing why and what effect they have is important. Role models who are just successful in some way are great because they might help children aspire to that success but they don’t necessarily inspire them to do the things they need to make them successful.

Allow them to define success, themselves

I’ve tried to avoid this myself throughout this blog. In our materialist, capitalist society, we’ve always tended to define success as wealth and ‘wealthy’ as owning lots of objects but this is increasingly fewer people’s dream. As we’re all becoming relatively wealthier, as a society we being to realise that material goods don’t really make us happy. The ‘new rich’ as they’ve been branded are seeking freedom and experiences. For some, making an impact on society, making people’s lives better is their driving factor.

Here’s where, as adults, we have to provide guidance and freedom simultaneously. We need to empower the next generation with skills and beliefs without imposing our own aspirations and desires on them. If your children are seven years old, we can’t be shaping what they want to be when they’re older, just giving them the ability to shape it themselves when they’re older.

I hate the phrase ‘soft skills’ but unfortunately it’s the term that most people associate with this area of skills. Soft skills are pretty much everything outside the remit of academic and athletic skill. Skills like communication, teamwork, leadership and even vital life skills such as time-management get lumped into this category, often viewed as secondary to strong academic performance.

But the truth is that these skills actually have more influence on someone’s career success than academic performance. Very few roles rely solely on academic ability – university professors, researchers and workers in highly technical jobs. The vast majority of roles in most sectors call for very strong communication and interpersonal skills with academic performance mainly used as a screening process and to ensure a base level of intelligence and work ethic.

Does my child need a university education to be successful?

We know that education has a positive impact on professional success and, contrary to popular belief, most of the world’s super-rich businesspeople did go to university. Today’s generation of successful entrepreneurs aren’t the wheeler-dealer opportunists people expect them to be – they’re very smart and they’re usually well educated. Of course, this is partly down to the fact that a greater proportion of the population now goes to university a par for the course.

You need to remember that whilst higher education improves life chances, so does experience. How much life experience could someone gain from spending three years out in the field, getting to know industry influencers, learning basic WordPress skills and trying some ideas out?

There is a lot of cross-over between children growing up with the power to shape their success and them being, what I would define as enterprising. Check out our blog post: 38 ways to help children be more enterprising.